Today was the final day of the BKA’s trip and we celebrated the life and work of Kodály by visiting his birthplace in the town of Kecskemét.

The town is the home of The Kodály Institute of the Liszt Ferenc Academy of Music. They offer undergraduate and postgraduate degree and short study programmes to music educators from around the world. There is a wide range of classes and individuals sessions available for students to sign up for and the building seemed to be full of music. We had an hour long session practical with Dr Kata Asztalos following on from her lecture on Wednesday afternoon.

The visit to the town concluded with a change to wander around and play ‘spot the Kodály memorial, statue and plaque’- there were a lot of them! It was a delight to have a chance to visit this town where they celebrate their most famous son.

The fourth morning of the trip was spent at the Kós Károly Primary School; a ‘singing school’. This means that prior to joining children are assessed for their musical abilities to determine which path they follow within the school. Those selected, have four forty-five minute music lessons per week plus two choir sessions. Even those not chosen for that pathway have two forty-five music lessons each week.

We observed two sessions: Primary One (6-7 years) and then Primary Two (7-8 years). Both sessions started with the children at desks focussing on developing their pitch, beat, rhythm, and dictation skills. So much focussed work was fitted into such a short period of time, all flowing seamlessly and logically from one activity to the next.

Then the children moved to the carpeted area for activities involving listening to recorded classical music and then playing musical games developing the ideas from the start of the lesson.

This proved to be yet another thought-provoking visit. Whilst I am never likely to have the joy of spending that much time each week with a group of young musicians, it was enlightening to see what can be achieved with the right environment and excellent teaching.

This morning we travelled to the Palace of the Arts (Budapest’s equivalent of the Southbank Centre) to observe a Ringató session, led by Viktória Emese Gáll.

These half hour classes are for children from birth to three years with their parents and grandparents. The intention is not to teach the children but to provide a model for the parents. They create an experience of singing and playing together based on Kodály’s principles. Viktória later explained to our group that the intention is that all the baby need for the session is their parent, so no props such as puppets are used nor are any instruments provided for the children to play. Viktória is not an important person in the baby’s life so she is keen to minimise her being the focus of their attention. Wherever possible the focus of communication must be between parent and child.

The songs and rhymes were either a cappella or accompanied by a traditional stringed instrument (a cobza – see below). 70% of these songs were traditional folk songs with the remaining 30% being composed art songs, always sung in Hungarian even if the original song was sung in a different language.

My initial thought was that this must be a regular group as the parents all joined in the songs and rhymes. However, I later discovered that this was not the case. The parents were able to join in as the vast majority of the songs were those that the parents themselves would have learned when they were growing up. Once the songs were secure, on a number of occasions Viktória added a harmony whilst the parents continued with the tune. At the end of the session the parents were singing traditional two part rounds. It’s amazing what is achievable when the parents were raised within a strong musical tradition; a tradition that is now being instilled in the next generation of Hungarian children.

With each day of this trip, it’s impossible not to compare and contrast early years music provision in Hungary and Britain and to scrutinise my own personal philosophy and practice. I’m excited by what tomorrow’s events may bring.

We used public transport to travel to Városligeti fasori Kindergarten, within the city limits. The Kindergarten was built in 1911 and since 1930 has served as the main music training centre for Kindergarten teachers for Budapest. There are five classes in the Kindergarten broadly arranged according to age (markedly different from yesterday’s visit) with between 20 and 24 children per class. I was amazed to discover that this Kindergarten of around around 100 pupils has, on site, a psychologist, speech therapist and a physiotherapist! Imagine if this level of specialist expertise was available in every British school; I can only dream!

The Kindergarten places an enormous emphasis upon the importance of ‘free play’ for young children (Hungarian Kindergartens cover the 3-7 years age range). In Hungary, free play is recognised as essential for the mental and physical health of young children. The aim is that when children return home, if asked what the have done in school that day, they can reply that they’ve played all day. The children learn while they play and although they will have some more focused classes such as music, art and PE, the children are not forced to participate. We witnessed a couple of 4-5 year olds who were mentally and emotionally unable to fully participate in a class and instead they played quietly in a manner that didn’t appear to surprise or distract the other children. The teachers ensure that these more focused sessions are always followed by a free play session and on this occasion they then went outside to play.

We were advised that music is considered a very important part of the life in Városligeti fasori Kindergarten. Katalin Forrai used to teach there and her ‘Music In Pre-School’ is considered their music ‘Bible’. The children are exposed to music every day with singing in class plus regular dedicated music lessons plus weekly visits from live musicians. The aim is for the children to develop a love for and a positive attitude towards music not to just develop musical ‘skills’.

These first two study days have made me re-examine the importance of ‘play’ in the Early Years and how the Hungarian approach seems to be so far removed from the way attitudes to education seem to be developing in many British schools. I have a feeling I will be frequently thinking about this issue as my Hungarian Kodály Adventure continues.

After an early departure from the hotel and a minibus trip to beyond the city, we spent the morning at the Napraforgó Kindergarten. We started the morning observing a class of 17 children aged between 3 and 7 years of age for a 45 minute session. Starting calmly with the parachute concealing a set of instruments, the children listened careful to the sounds heard compared to the instrument in their hands. Amazing responses for such young children, all in a calm manner – very much mirroring their outstanding teacher, Éva Vasvári. Other adults were in the room but a no time did they need to get involved with the session. Once the instruments were put away, the parachute was used in various ways as the children said a rhyme and expressed the beat in different ways. Throughout the class, the children sang and chanted whilst expressing the steady beat in many different ways. Known songs and rhymes were introduced in numbers guises, all reliant on musical memory and familiarity with regular repertoire. A number of group activities and dances followed, with emphasis at different times on tempo and dynamic changes and phrase lengths. The final group dance had the children inviting us to join them with me being partnered with the tiniest three year old of the group and even he was able to change directions with the rest of the group. After this, the children sat down, one six year old sang on her own and the rest of the group joined in. To finish the class, Éva sang a calm, quiet song with all the children sitting still and paying attention.

After a brief rest, we met in a separate room for a group of six more able musicians to participate in a gifted and talent session. Initially they demonstrated how they are beginning to learn the recorder: from known songs uses limited tone sets, in this case just so and la on C’ and D’. After this they moved onto a singing and improvisation section with the children suggesting different ways to move to the music, including jumping and gorilla impressions. The final section of this 40 minute session was an extended activity focused upon the Domino Fili movement from Vivaldi’s ‘Gloria’. This involved various tasks including dancing and drawing, being performed over the ten repetitions of the music.

The time at the Kindergarten concluded with an explanation of the set-up of that Kindergarten, the general music education system in the Early Years in Hungary, and details of the various tasks we’d observed. What a fascinating start to the week. 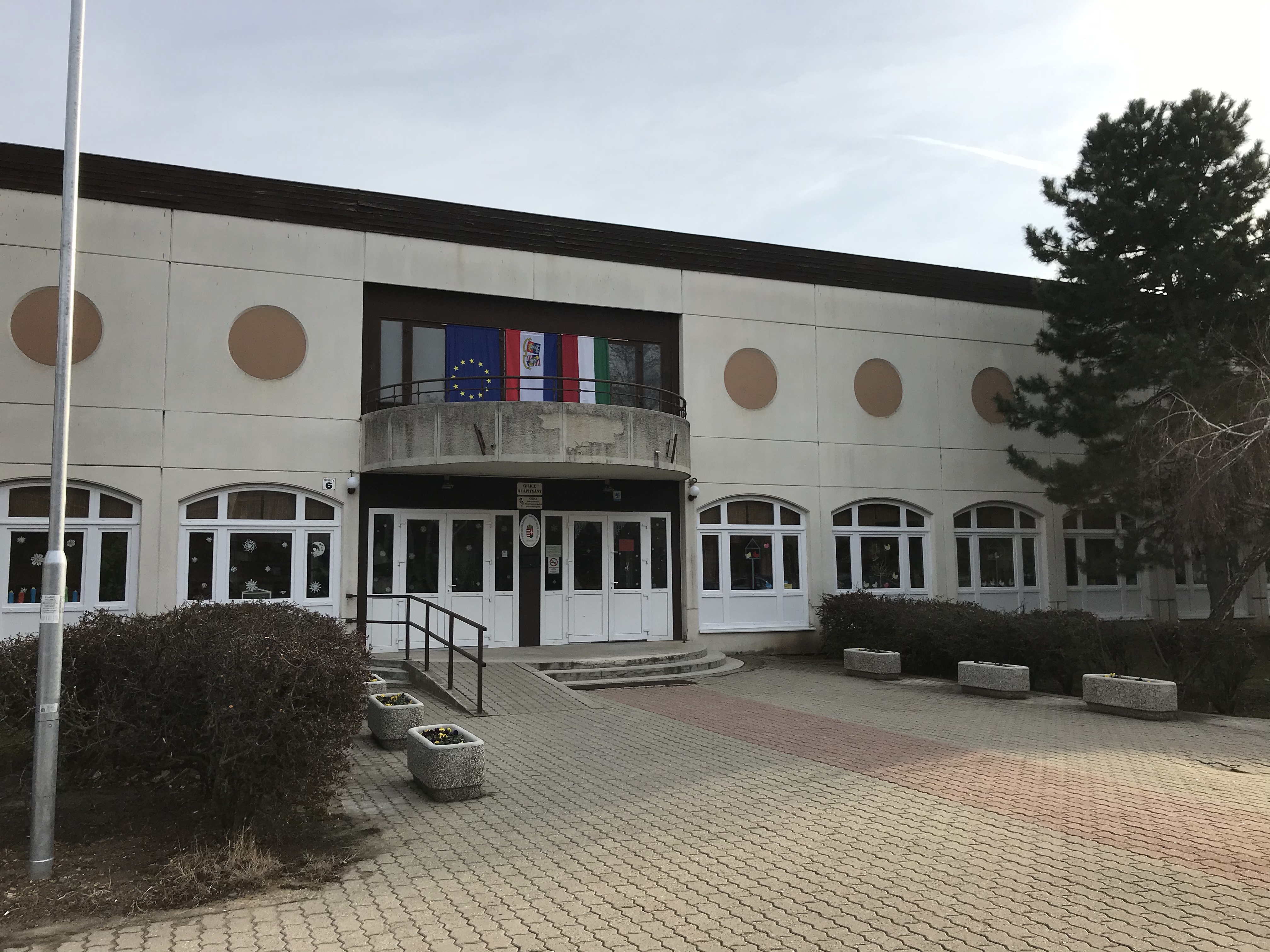 Looking forward to my trip to Hungary next week. I’m off to Budapest with the British Kodály Academy for an Early Years study tour. We’re visiting a number of Kindergartens and Primary Schools and attending a number of workshops. Watch this space to share in my Kodály adventure.

Last academic year I studied for the Certificate of Professional Practice in the Kodály Concept of Music Education in Early Childhood with the British Kodály Academy.

The course covered various aspects including: the selection and analysis of thirty songs suitable for the Early Years Music environment; an extended essay on Kodály’s philosophy of music education; assessment of my planning and teaching plus critiquing others. In addition to this there was an element of developing my personal musicianship.

I’m delighted to say I achieved a Distinction in the Certificate and also the Level 4 Musicianship element.

To book a trial place in one of my classes and experience Kodály’s philosophy of music education in the early years, contact Janey on 07762 102732 or maxwellminimusic@gmail.com